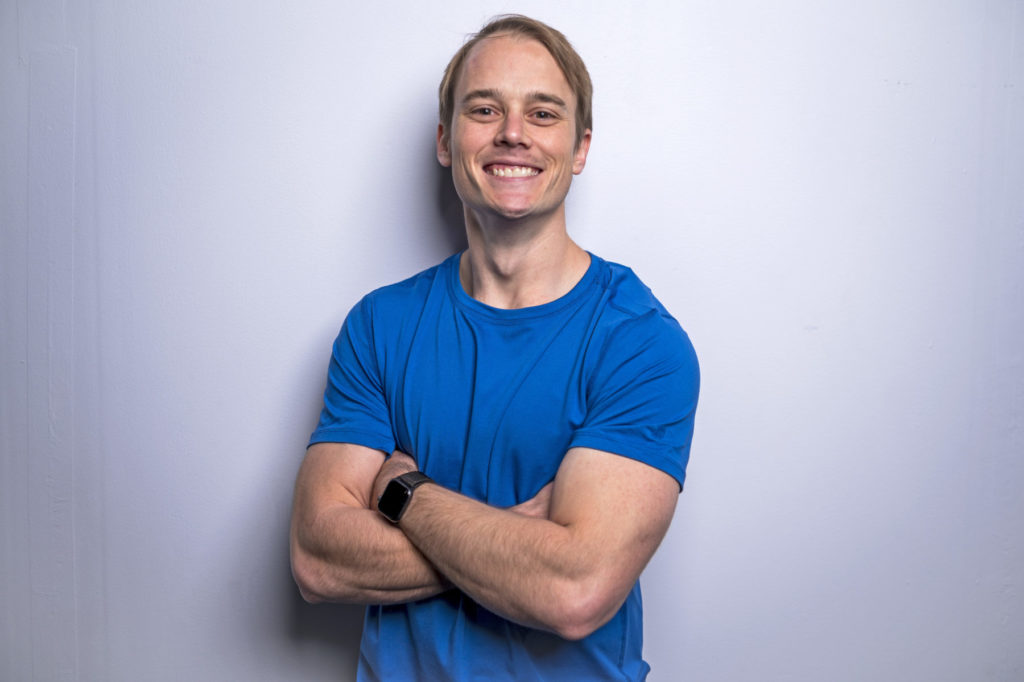 I found gymnastics pretty late in life. In 2010, my buddy taught me how to do a back flip and I was hooked. I had to learn everything. I started training in gymnastics and eventually started shadowing and coaching at my gym. Eventually, I became the Assistant Head Coach on the boys competitive team. I worked with boys from Level 4 through Elite.

In 2012, a friend invited me to go to this thing called the CrossFit Games in California. I had heard of CrossFit, but I hadn’t paid much attention to it. While I was watching these athletes do anything and everything thrown at them, though, I felt the same feeling as when I learned my flip. The day I got back, I signed up for my first class. Forever a coach at heart, I earned my CF-L1 so I could continue pursuing my passion for teaching others. I live for those “lightbulb” moments when something clicks for an athlete, and they crush a PR or nail a new skill. There’s nothing quite like it.